THE OCEAN IS ALIVE.

Starting from the beginning of geological times, over the course of hundreds of millions of years, the Earth's Ocean basins formed, and these processes have determined the nature of marine habitats in countless ways. The sea is not simply land covered in salt water, it is geologically distinct from land, while simultaneously having great effects on the terrain of the continents and their climate and atmosphere. Land is nothing without the Ocean. The Ocean over days and aeons have shaped the shorelines. The many sea floors have different characteristics, they can be muddy, sandy, or rocky, and everything in between. The depths of the oceans can go for thousands of miles, or just a shallow few feet. And to this day, the raw power of the great waves that crash and twirl endlessly have also shaped islands and undersea mountains larger than ever imaginable.

Now 71% of Earth is covered in ocean, which are classified into five large divisions:

These diverse ocean characteristics has forced its marine organisms to change and adapt to their environments through evolution, so that they can survive on this planet in their own unique ways. The ocean especially poses special challenges that they must cope with. But where did these living beings comes from in the first place? 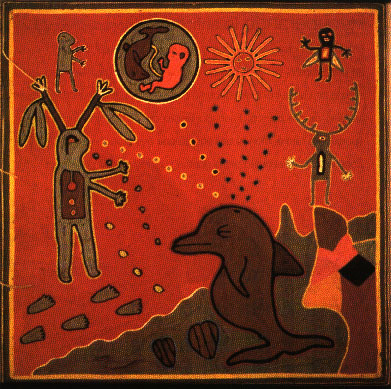 Once upon a time, the Homo sapiens from land ruled the Earth and even extended their power and consumption to the unreachable Oceans. Their behavior had gotten out of hand, and so the ecosystems of the Oceans eventually entirely collapsed. Slowly, this diminished the Homo sapien population to a number that they can never recover from, as they were supposed to rely on the Ocean for their sustenance…
The Goddess Neptunia was awoken, with a very important job that needed to be fulfilled. They used their godly powers to restore the Oceans ecosystems and populations. This is when she creates the sapient sea creatures, or “Sea Humans.” They create them so the Ocean can thrive better, and not succumb to those on land.

Sea humans can be seen as the most prominent form of evolution. Thousands of years pass, before they reach a point in their civilizations that would parallel the 1990's from the history of the Homo sapiens.

They created the Oceans, along with the [REDACTED] Goddesses who created the land and the core. Neptunia is the creator and sustainer of the entire Oceans of the Earth. Once directly and exuberantly worshipped in the time of their work, now they are in a deep slumber in an unknown and unreachable part of the universe. This slumber does not mean everything is left as is, however, there is always power emitting from them that is used for just enough regeneration, hope, and maintenance of everything in the Oceans. They also have a "home" in the ocean though, that all kinds of fish used to give offerings to. As the world's population of different animals boomed, the way to worship them changed, and these fish would be ordered to simply offer prayers. Their home has also become extremely difficult to reach, being in the deepest crevices of an ocean canyon. There is basically a force that makes every creature in the Oceans acknowledge their existence, so in a sense there is no free will in their decisions of faith.

They have created a heaven as well, when animals die they will just go there. Many misdeeds of the animals on earth have to be judged in the present instead of going to a hell. Additionally, animals can get away with much more than a human would.